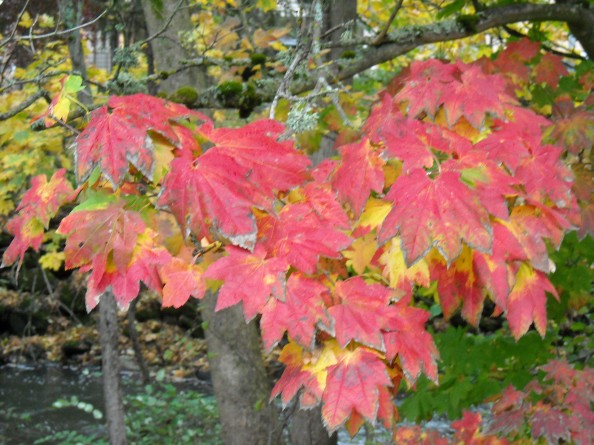 After reading a blog post that a friend of mine published recently regarding taking offense too easily, it got me wondering: What’s the difference between being offended versus disagreeing? I hadn’t pondered that question until recently, because honestly, I hadn’t allowed myself to be offended by much of anything.

While growing up I learned to let things slide in order to keep the peace with my father. My survival mechanism was to focus on the positive attention (gifts) while ignoring or placating the negative. My father’s actions didn’t always make sense, and many times his words were hurtful. So I gleaned what good there was in situations, and mostly just stayed out of his way. This approach actually served me well, at least until I was a teenager; then it converted to being defensive. But that’s another story.

It took me a long time to realize that I viewed God similarly to my earthly father, although in a much different light: He is God and I am not; He will do whatever He wants, I will adjust, and it’s okay. The BIG difference is that I trust that God truly knows what’s best and His plans for me are good (Jeremiah 29:11). My Heavenly Father was there for me when my earthly father wasn’t. That I could trust God so implicitly from a young age is something for which I am immensely grateful. My life could have easily gone the way of bitterness. Instead, the reassurance of His faithful love is obvious in the many poems He’s inspired me to write over the years.

So, back to the subject of perceived offenses. Due to my upbringing, taking offense didn’t make much sense to me. However, in recent times, stronger emotions have emerged, bringing internal reactions I’m not used to or prepared for. But the question remains: am I actually personally offended, or am I simply not happy about or disagree with whatever it is? Thankfully, my reactions lean more toward dismay than anger.

Take the hullabaloo surrounding kneeling during the national anthem. Does that offend me? Well, they aren’t doing it to me personally, they’re simply trying to make a statement in order to raise awareness. So, no, it’s more that I don’t agree with their methods. Personally I think it’s silly to kneel and point fingers at the problem instead of actually going out and doing something about it. Unless you’re kneeling to pray with those with whom you have the problem. That might accomplish something.

In fact, no amount of debating, finger-wagging, hypothesizing or protesting will do any good. It will only widen the divisions between us. We have to stop fighting each other and fight the real battle: the one for our souls. The enemy would like nothing more than to keep us distracted, up in arms about everything and nothing, and at each others’ throats about what we think is right. He laughs with evil glee every time we reply with a retort or say something negative instead of sharing God’s love.

Indeed, this country has lost its collective mind because we’ve lost our hearts; lost our first love. Love is the only answer for a world gone mad. Not the self-centered love of the world, but the self-sacrificing love of God. If we ever hope to effect change in the world, we must stand united in humble but fervent prayer to the One who can direct the hearts of kings like streams of water through His hands (Proverbs 21:1) and heal our land if we humble ourselves and turn from seeking our own way (2 Chronicles 7:14).

So let’s all accentuate the positives! Do not be overcome by evil, but overcome evil with good (Romans 12:21). Instead of focusing on what’s wrong in the world, set aside the gauntlet and lift up those in need. Take steps to love others as God loves you and do good in His name. Smile at people. Open doors for people. Pay blessings forward by giving to others who have less than you. Join or start a group that focuses on serving people. Above all, PRAY! Pray with and for people, and watch God move! Make a difference by being a bright and positive light in the dark places. The need is huge, and the call is daunting, but prayers do make a difference, if only in your corner of the world. Yet the positive ripples will extend far beyond anything you can imagine.

One of my favorite songs from Danny Gokey is Love Will Take You Places.
It speaks of the sacrificial, selfless love of Christ that leads us through great adventures as we follow Him and share His love with the world!
(Note: Link will open in new window.)

My favorite Bible chapter is Romans 12, because it pretty much encapsulates how we should live as followers of Christ. I highly recommend reading it often, and committing at least parts of it to memory.